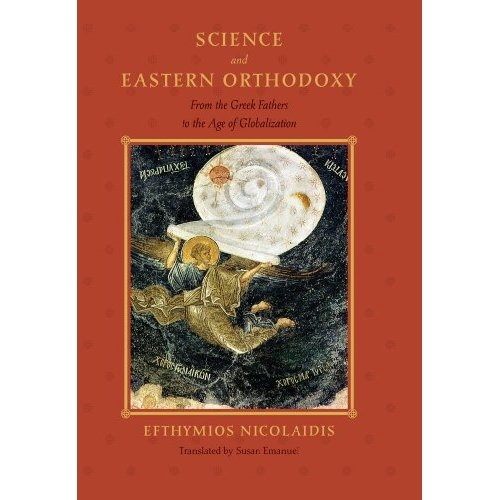 Science and Eastern Orthodoxy: From the Greek Fathers to the Age of Globalization

People have pondered conflicts between science and religion since at least the time of Christ.

The millennia-long debate is well documented in the literature in the history and philosophy of science and religion in Western civilization.

Science and Eastern Orthodoxy is a departure from that vast body of work, providing the first general overview of the relationship between science and Christian Orthodoxy, the official church of the Oriental Roman Empire.

This pioneering study traces a rich history over an impressive span of time, from Saint Basil's Hexameron of the fourth century to the globalization of scientific debates in the twentieth century.

Efthymios Nicolaidis argues that conflicts between science and Greek Orthodoxy - when they existed - were not science versus Christianity but rather ecclesiastical debates that traversed the whole of society.

Nicolaidis explains that during the Byzantine period, the Greek fathers of the church and their Byzantine followers wrestled passionately with how to reconcile their religious beliefs with the pagan science of their ancient ancestors.

What, they repeatedly asked, should be the church's official attitude toward secular knowledge?

From the rise of the Ottoman Empire in the fifteenth century to its dismantling in the nineteenth century, the patriarchate of Constantinople attempted to control the scientific education of its Christian subjects, an effort complicated by the introduction of European science in the seventeenth and eighteenth centuries.

Science and Eastern Orthodoxy provides a wealth of new information concerning Orthodoxy and secular knowledge - and the reactions of the Orthodox Church to modern sciences.

Efthymios Nicolaidis is director of the Programme for the History, Philosophy, and Didactics of Science and Technology at the National Hellenic Research Foundation.

He has written and edited a number of books on the history of science in Byzantium and the Ottoman Empire and coedited L'Europe des sciences: constitution d'un espace scientifique. [Språk: Engelska] Inbunden