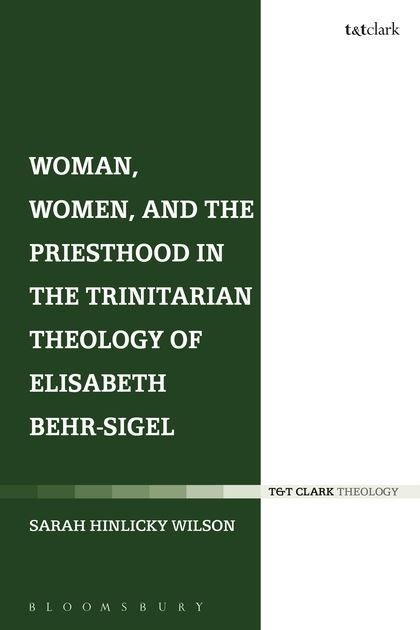 Woman, Women, and the Priesthood in the Trinitarian Theology of Elisabeth Behr-Sigel

Elisabeth Behr-Sigel (1907-2005), a convert to Orthodoxy in her early twenties and a central figure of Orthodox theology among Russian émigrés in Paris, first began to reflect on the question of women in the priesthood in 1976.

Initially supporting the general consensus that priesthood would be impossible for the Orthodox, she came to retract this view, finding a basis for female ordination in women's distinct spiritual charisms.

Behr-Sigel later shifted the foundation of her case to personhood, inspired by the work of fellow Orthodox theologian Vladimir Lossky, and arrived at the conclusion that all the Orthodox arguments against the ordination of women were, in fact, heretical at root.

In this volume, Wilson analyzes all of Behr-Sigel's writings about women and the priesthood across the whole sweep of her career, demonstrating the development of her thought on women over the last thirty years of her life.

She evaluates her relationship to feminism, Protestantism and movements within Orthodoxy, finally drawing conclusions about this much-contested matter for the ongoing debate in both the East and the West. [Språk: Engelska] Häftad