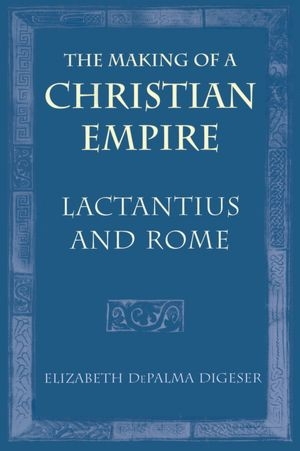 Making of a Christian Empire: Lactantius and Rome

The work of the Christian scholar Lactantius provides an ideal lens through which to study how Rome became a Christian empire.

Elizabeth DePalma Digeser shows how Lactantius' Divine Institutes - seditious in its time - responded to the emperor Diocletian's persecution and then became an important influence on Constantine the Great, Rome's first Christian emperor.

The Making of a Christian Empire is the first full-length book to interpret the Divine Institutes as a historical source.

Exploring Lactantius' use of theology, philosophy, and rhetorical techniques, Digeser perceives the Divine Institutes as a sophisticated proposal for a monotheistic state that intimately connected the religious policies of Diocletian and Constantine, both of whom used religion to fortify and unite the Roman Empire.

For Digeser, Lactantius' writings justify Constantine's own attitude of tolerance toward pagans and casts light upon other puzzling features of Constantine's religious policy.

Her book contributes importantly to an understanding of the political and religious tensions of the early fourth century. [Språk: Engelska] Häftad