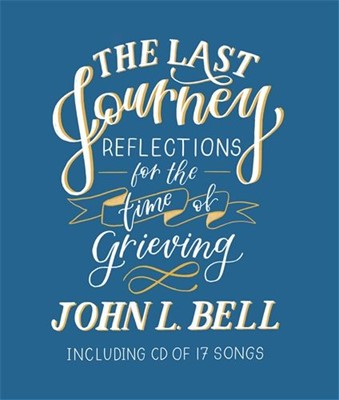 The Last Journey Reflections for the Time of Grieving

Recording of songs to offer comfort in bereavement, accompanied by a book on the subject. The need to express grief, to sing our sorrow, is as old as humanity. The Book of Psalms, sideby side with expressions of deepest praise, contains cries of unfathomable despair. Both are notonly acceptable to God, but essential for our mental and spiritual health.

In The Last Journey, John Bell explores the myriad of emotions that accompany loss, offeringus a way to grieve, to search through the struggle before us - and perhaps enabling us to findthe courage to face the world with a renewed sense of hope.

John Bell is a member of the Iona Community, an ordained minister and a regular broadcaster on Radio 4's 'Thought for the Day'. Over many years, he has consistently been one of the biggest draws at Greenbelt, and he works throughout the world, preaching and lecturing in theological colleges in the UK, Canada and the United States.

One of his primary concerns has always been the renewal of congregational worship at the grass roots level. In 1999, he was honoured by the Presbyterian Church in Canada and the Royal School of Church Music which bestowed a Fellowship on him. In 2002, he was awarded an honorary doctorate by the University of Glasgow. At Greenbelt 2017, John disclosed that he was gay, feeling he could no longer keep silent after the suicide of a teenage girl who was afraid to tell her parents about her sexuality. He had remained celibate and without a partner because he believed this enabled him to work without hindrance or compromise as a public Christian and fulfil his commitments in the area of worshipin the Church of Scotland.