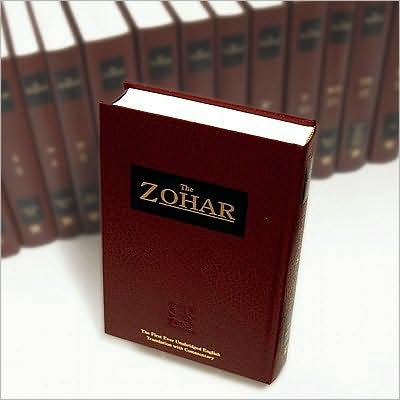 Kabbalah, often defined as a Jewish mystical tradition, actually encompasses »the spiritual heritage of all mankind,» according to Rav P.S. Berg in The Essential Zohar.

Berg, the dean of the Kabbalah Centre (whose members include celebrities such as Madonna and Mick Jagger), has concentrated a core of teachings from the central kabbalistic text, the Zohar, in a single volume that makes kabbalistic wisdom accessible to readers of all religious traditions.

The Zohar, which dates back to the second century B.C.E., offers tools for doing the work of kabbalah: »transforming chaos and fragmentation into unity and completion.»

The Zohar's biblical commentaries and rabbinical stories of apparently »surprise happenings, sudden insights, and full-blown epiphanies» are intended to help readers open themselves to similar revelations.

And Berg explains that all of the Zohar's rarified spiritual stories have potential for practical application, to help readers »replace doubt with certainty and darkness with Light.» [Språk: Engelska] Inbunden