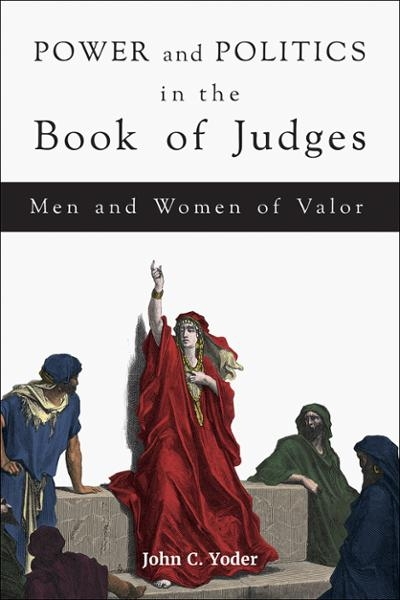 Power and Politics in the Book of Judges: Men and Women of Valor

Power and Politics in the Book of Judges studies political culture and behavior in premonarchic Israel, focusing on the protagonists in the book of Judges.

Although the sixth-century BCE Deuteronomistic editor portrayed them as moral champions and called them “judges,” the original bardic storytellers and the men and women of valor themselves were preoccupied with the problem of gaining and maintaining political power.

These “mighty ones” were ambitious, at times ruthless; they might be labeled chiefs, strongmen, or even warlords in today's world.

John C. Yoder considers the variety of strategies the men and women of valor used to gain and consolidate their power, including the use of violence, the redistribution of patronage, and the control of the labor and reproductive capacity of subordinates.

They relied heavily, however, on other strategies that did not deplete their wealth or require the constant exercise of force: mobilizing and dispensing indigenous knowledge, cultivating a reputation for reliability and honor, and positioning themselves as skillful mediators between the realms of earth and heaven, using their association with YHWH to advance their political, economic, or military agenda. [Språk: Engelska] Häftad