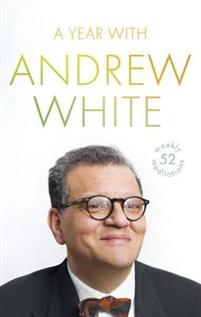 52 extended reflections from the perspective of a man of faith who lives in constant danger. 52 readings, each with a scripture passage and prayer, from one of our most loved and respected Christian leaders and speakers. Each reading contains a story, often startling and arresting, from Andrew's astonishingly eventful ministry, blended with his reflections on life and faith. The Rev. Canon Dr Andrew White (born 1964) was the vicar of St George's Church, Baghdad, the only Anglican church in Iraq, until his departure for the sake of security, ordered in November 2014 by the Archbishop of Canterbury. He has been dubbed the "Vicar of Baghdad". He was until 2016 President of the Foundation for Relief and Reconciliation in the Middle East (FRRME). He was previously Director of International Ministry at the International Centre for Reconciliation at Coventry Cathedral, England. He qualified and worked as an operating department practitioner prior to becoming ordained. At the age of 33 years he was diagnosed with multiple sclerosis, a condition which for many years affected his mobility and his speech. He has been undergoing a new stem cell treatment for MS at a clinic in Baghdad that utilizes his body's own stem cells and he has said, "It had completely transformed my life." Canon White has a remarkable gift for friendship, and has won the trust of those who trust very few. He was deeply involved in resolving the protracted siege at the Church of the Nativity in Bethlehem in 2002. He became a close friend of Yasser Arafat, and spoke at his funeral. He is constantly in demand as a negotiator, and has saved hundreds of lives through his interventions. Unsurprisingly he has a considerable price on his head, and travels constantly with bodyguards. Many of his staff have been killed.He resigned from his position with FRRME in 2016. He is now working with displaced people in Jordan, helping to provide schooling and medical care.In January 2017 he was awarded a DD by Liverpool Hope University.Andrew has a considerable speaking and fund-raising ministry, particularly in Britain and the United States, and a substantial personal following. He has two children of his own, and five adopted Iraqi children. Andrew White is based in Surrey. Hardback