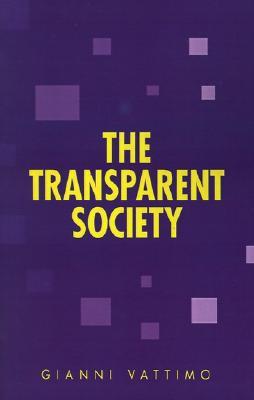 In The Transparent Society Vattimo develops his own distinctive views on postmodernism and its philosophical and cultural relevance.

Vattimo argues that the post-modern condition is linked to the development of the mass media and the diffusion of systems of communication. However, he disputes the belief that this development will produce a more enlightened, self-conscious and 'transparent' society, maintaining instead that it leads to a diversity of viewpoints which render societies more complex, even chaotic.

Vattimo suggests that aesthetics provides vital insight into the post-modern condition, and argues that the function of art is not to reinforce eternal truths concerning the human condition, but to provide an experience of dislocation and of 'shock'. The multiplication of perspectives on the world disorientates us and removes the certainties we gain from our local culture. Instead, Vattimo argues, we learn the art of living in a world characterized by ambiguity and flux.