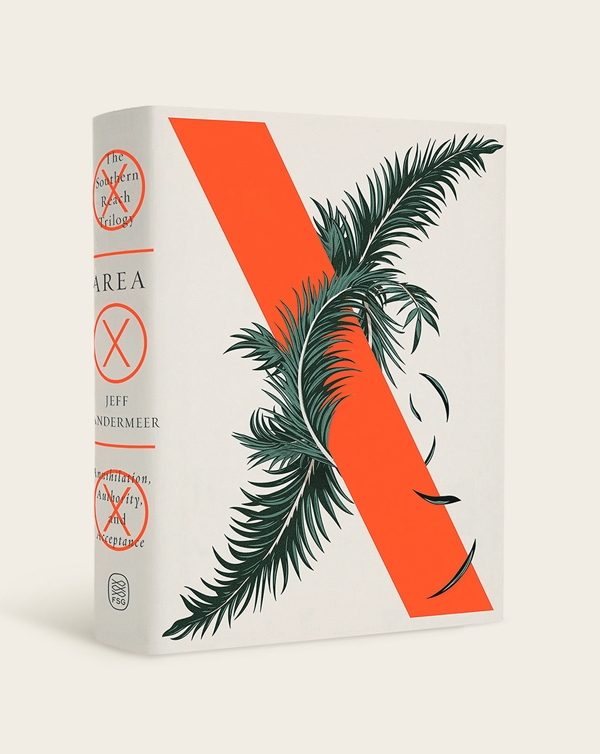 Area X-a remote and lush terrain-has been cut off from the rest of the continent for decades. Nature has reclaimed the last vestiges of human civilization.

This is the twelfth expedition. Their group is made up of four women: an anthropologist; a surveyor; a psychologist, the de facto leader; and our narrator, a biologist.

Their mission is to map the terrain and collect specimens; to record all their observations, scientific and otherwise, of their surroundings and of one another; and, above all, to avoid being contaminated by Area X itself.

They arrive expecting the unexpected, and Area X delivers-they discover a massive topographic anomaly and life forms that surpass understanding-but it's the surprises that came across the border with them, and the secrets the expedition members are keeping from one another, that change everything.

After the disastrous twelfth expedition chronicled in »Annihilation,» the Southern Reach-the secret agency that monitors these expeditions-is in disarray.

In »Authority,» John Rodriguez, aka »Control,» is the team's newly appointed head.

From a series of interrogations, a cache of hidden notes, and hours of profoundly troubling video footage, the secrets of Area X begin to reveal themselves-and what they expose pushes Control to confront disturbing truths about both himself and the agency he's promised to serve.

And the consequences will spread much further than that.

It is winter in Area X in »Acceptance.»

A new team embarks across the border on a mission to find a member of a previous expedition who may have been left behind.

As they press deeper into the unknown-navigating new terrain and new challenges-the threat to the outside world becomes more daunting.

The mysteries of Area X may have been solved, but their consequences and implications are no less profound-or terrifying. [Språk: Engelska] Häftad