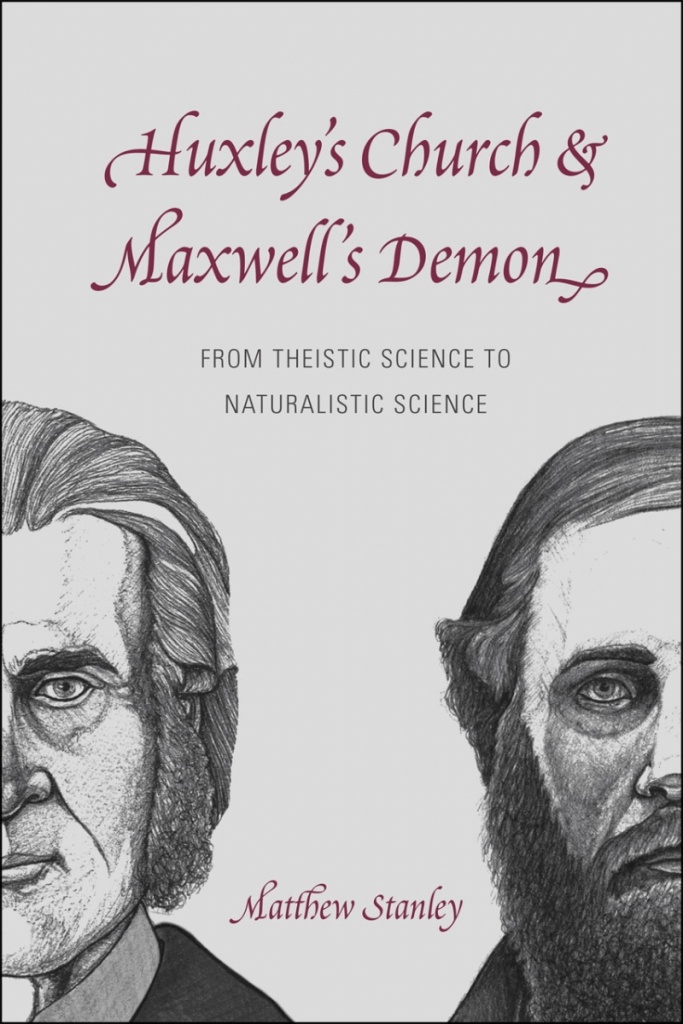 During the Victorian period, the practice of science shifted from a religious context to a naturalistic one.

It is generally assumed that this shift occurred because naturalistic science was distinct from and superior to theistic science.

Yet as Huxley's Church and Maxwell's Demon reveals, most of the methodological values underlying scientific practice were virtually identical for the theists and the naturalists: each agreed on the importance of the uniformity of natural laws, the use of hypothesis and theory, the moral value of science, and intellectual freedom.

But if scientific naturalism did not rise to dominance because of its methodological superiority, then how did it triumph?

Matthew Stanley explores the overlap and shift between theistic and naturalistic science through a parallel study of two major scientific figures: James Clerk Maxwell, a devout Christian physicist, and Thomas Henry Huxley, the iconoclast biologist who coined the word agnostic.

Both were deeply engaged in the methodological, institutional, and political issues that were crucial to the theistic-naturalistic transformation.

What Stanley's analysis of these figures reveals is that the scientific naturalists executed a number of strategies over a generation to gain control of the institutions of scientific education and to reimagine the history of their discipline.

Rather than a sudden revolution, the similarity between theistic and naturalistic science allowed for a relatively smooth transition in practice from the old guard to the new. [Språk: Engelska] Inbunden