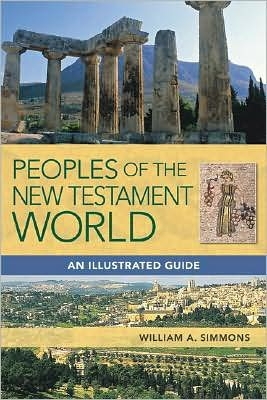 Peoples of the New Testament World

Making sense of the New Testament requires navigating your way through the labyrinth of different cultural, religious, political, and economic groups that existed in first-century Jewish society as well as in the Roman Empire at large.

In this introduction to the major people groups of the New Testament world, William Simmons clarifies New Testament history and teaching by providing a historical analysis of major Jewish groups such as Pharisees, Sadducees, and Scribes, as well as important Greco-Roman groups such as Philosophers, Herodians, and Centurions.

Important sub-groupings within the first-century church, such as Hebrews and Hellenists, are set in the larger context of the Judeo-Romanmix.

A helpful resource for anyone interested in understanding the world of the New Testament better, this book would alsomake an excellent textbook for an introductory college or seminary course on early Christian history or backgrounds. [Språk: Engelska] Inbunden