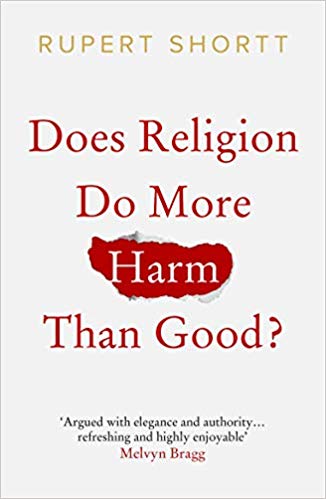 Does Religion do More Harm than Good?

Investigation of the debates on religious conflict. History is littered with wars and atrocities apparently inspired by religion, and today there seems no end to reports of cruelty and violence carried out in the name of God.But is it belief in God that motivates these evils? Or do they spring from other motives? At the same time, history testifies to numerous benefits to humanity brought about by religious individuals and movements. But despite these positive outcomes might it be true, as some atheists aver, that religion in general does more harm than good? Is religion itself inherently toxic? Or could it simply be that there is good religion and there is bad religion, and we just need to learn to tell the difference? Rupert Shortt's investigation of these questions will encourage both believers and unbelievers to discard the lazy thinking and easy assumptions that so often disfigure the arguments on either side of this debate. It will also facilitate a more sensitive, nuanced and honest approach to religious differences that today still lead to misunderstanding, hatred and violent conflict. Rupert Shortt is Religion editor of the Times Literary Supplement and a former Visiting Fellow at Oxford University. His recent books include Christianophobia: A Faith under Attack (2012) Rowan's Rule: The Biography of the Archbishop (2014) and God is No Thing: Coherent Christianity(2015). Paperback / softback