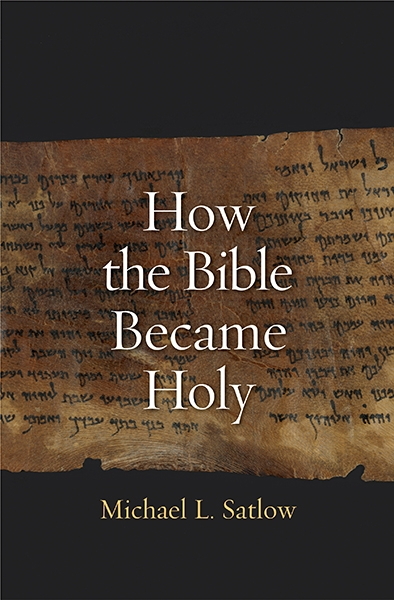 How the Bible Became Holy

In this sweeping narrative, Michael Satlow tells the fascinating story of how an ancient collection of obscure Israelite writings became the founding texts of both Judaism and Christianity, considered holy by followers of each faith.

Drawing on cutting-edge historical and archeological research, he traces the story of how, when, and why Jews and Christians gradually granted authority to texts that had long lay dormant in a dusty temple archive.

The Bible, Satlow maintains, was not the consecrated book it is now until quite late in its history.

He describes how elite scribes in the eighth and seventh centuries B.C.E. began the process that led to the creation of several of our biblical texts.

It was not until these were translated into Greek in Egypt in the second century B.C.E., however, that some Jews began to see them as culturally authoritative, comparable to Homer's works in contemporary Greek society.

Then, in the first century B.C.E. in Israel, political machinations resulted in the Sadducees assigning legal power to the writings.

We see how the world Jesus was born into was largely biblically illiterate and how he knew very little about the texts upon which his apostles would base his spiritual leadership.

Synthesizing an enormous body of scholarly work, Satlow's groundbreaking study offers provocative new assertions about commonly accepted interpretations of biblical history as well as a unique window into how two of the world's great faiths came into being.

He has been awarded fellowships from the American Council of Learned Societies and the John Simon Guggenheim Foundation. He lives in Providence, RI. [Språk: Engelska] Inbunden