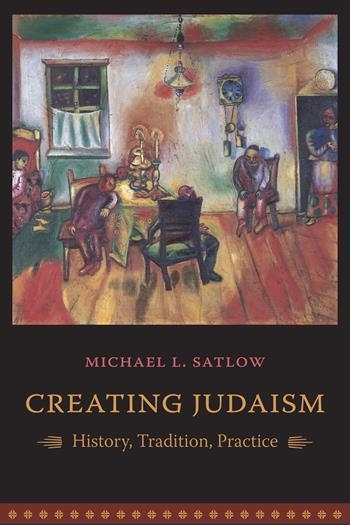 How can we define »Judaism,» and what are the common threads uniting ancient rabbis, Maimonides, the authors of the Zohar, and modern secular Jews in Israel?

Michael L. Satlow offers a fresh perspective on Judaism that recognizes both its similarities and its immense diversity.

Presenting snapshots of Judaism from around the globe and throughout history, Satlow explores the links between vastly different communities and their Jewish traditions.

He studies the geonim, rabbinical scholars who lived in Iraq from the ninth to twelfth centuries; the intellectual flourishing of Jews in medieval Spain; how the Hasidim of nineteenth-century Eastern Europe confronted modernity; and the post-World War II development of distinct American and Israeli Jewish identities.

Satlow pays close attention to how communities define themselves, their relationship to biblical and rabbinic texts, and their ritual practices.

His fascinating portraits reveal the amazingly creative ways Jews have adapted over time to social and political challenges and continue to remain a »Jewish family.»

Michael L. Satlow is associate professor of religious studies and Judaic studies at Brown University. He is the author of Jewish Marriage in Antiquity and Tasting the Dish: Rabbinic Rhetorics of Sexuality. [Språk: Engelska] Häftad