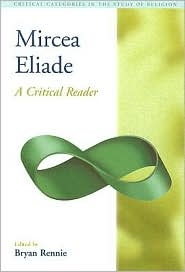 This anthology brings together key essays by and about Mircea Eliade (1907-1986), the widely influential Romanian-American historian of religions.

Half of Mircea Eliade consists of key writings by Eliade himself.

The rest of the volume presents critical essays about Eliade and his ideas.

Mircea Eliade introduces the beginning student to the terms and categories of Eliade's understanding of religious behavior as a universal phenomenon.

Eliade's own words and those of his commentators explain such key ideas as sacred time, hierophany, and the apprehension of the sacred by homo religiosus.

The volume will be of interest not only to students of religion, but to those interested in myth, ritual, and symbol. [Språk: Engelska] Häftad