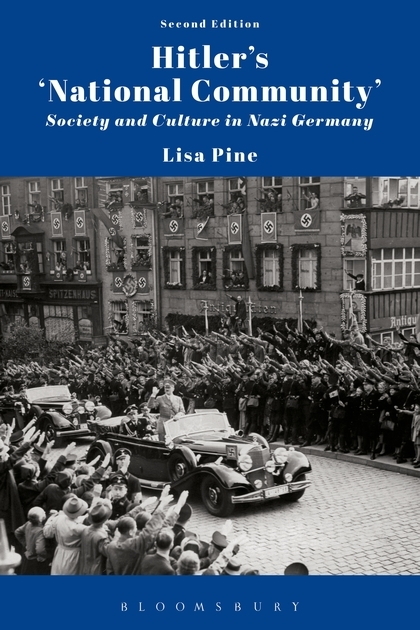 Lisa Pine's Hitler's 'National Community' explores German culture and society during the Nazi era and analyses how this impacted upon the Germany that followed this fateful regime.

Drawing on a range of significant scholarly works on the subject, Pine informs us as to the major historiographical debates surrounding the subject whilst establishing her own original, interpretative arc.

The book is divided into four parts. The first section explores the attempts of the Nazi regime to create a Volksgemeinschaft ('national community').

The second part examines men, women, the family, the churches and religion.

The third section analyses the fate of those groups that were excluded from the Volksgemeinschaft.

The final section of the book considers the impact of the Nazi government upon German culture, in particular focusing on the radio and press, cinema and theatre, art and architecture, music and literature.

There is also expanded material on key topics like resistance, women and family, men and masculinity and religion.

A crucial text for all students of Nazi Germany, this book provides a sophisticated window into the social and cultural aspects of life under Hitler's rule. [Språk: Engelska] Häftad