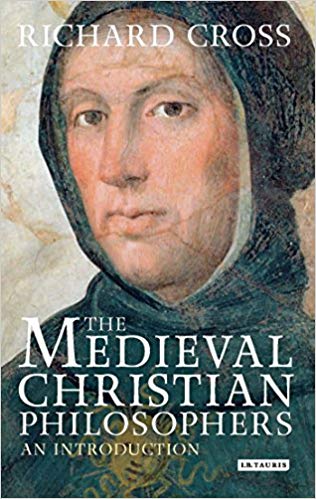 The High Middle Ages were remarkable for their coherent sense of 'Christendom': of people who belonged to a homogeneous Christian society marked by uniform rituals of birth and death and worship. That uniformity, which came under increasing strain as national European characteristics became more pronounced, achieved perhaps its most perfect intellectual expression in the thought of the western Christian thinkers who are sometimes called 'scholastic theologians'. These philosophers produced (during roughly the period 1050-1350 CE) a cohesive body of work from their practice of theology as an academic discipline in the university faculties of their day. Richard Cross' elegant and stylish textbook - designed specifically for modern-day undergraduate use on medieval theology and philosophy courses - offers the first focused introduction to these thinkers based on the individuals themselves and their central preoccupations.

The book discusses influential figures like Abelard, Peter Lombard and Hugh of St Victor; the use made by Aquinas of Aristotle; the mystical theology of Bonaventure; Robert Grosseteste's and Roger Bacon's interest in optics; the complex metaphysics of Duns Scotus; and the political thought of Marsilius of Padua and William of Ockham. Key themes of medieval theology, including famous axioms like 'Ockham's Razor', are here made fully intelligible and transparent.