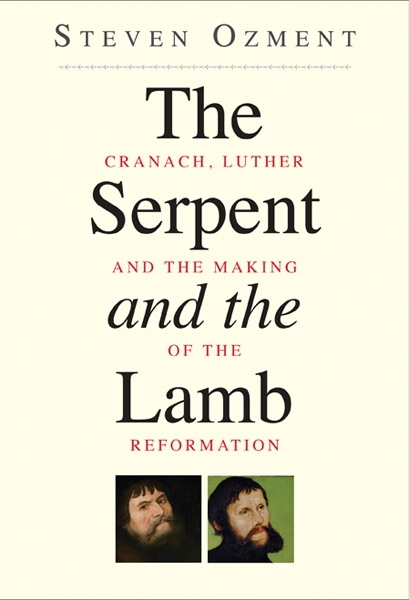 Serpent and the Lamb: Cranach, Luther and the Making of the Reformation

This compelling book retells and revises the story of the German Renaissance and Reformation through the lives of two controversial men of the sixteenth century: the Saxon court painter Lucas Cranach (the Serpent) and the Wittenberg monk-turned-reformer Martin Luther (the Lamb).

Contemporaries and friends (each was godfather to the other's children), Cranach and Luther were very different Germans, yet their collaborative successes merged art and religion into a revolutionary force that became the Protestant Reformation.

Steven Ozment, an internationally recognized historian of the Reformation era, reprises the lives and works of Cranach (1472–1553) and Luther (1483–1546) in this generously illustrated book.

He contends that Cranach's new art and Luther's oratory released a barrage of criticism upon the Vatican, the force of which secured a new freedom of faith and pluralism of religion in the Western world.

Between Luther's pulpit praise of the sex drive within the divine estate of marriage and Cranach's parade of strong, lithe women, a new romantic, familial consciousness was born.

The »Cranach woman» and the »Lutheran household»—both products of the merged Renaissance and Reformation worlds—evoked a new organization of society and foretold a new direction for Germany.

He is the author of ten books, including The Age of Reform, 1250–1550, which was a National Book Award finalist.