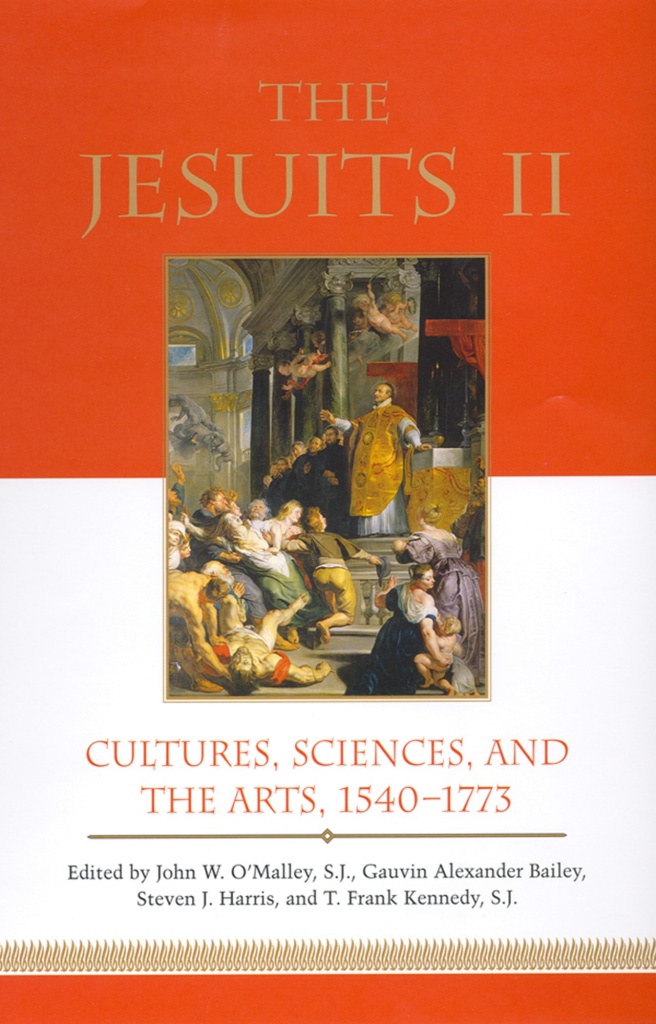 This second volume, following a second conference in 2002, continues in a similar path as its predecessor, complementing the regional coverage with contributions on the Flemish and Iberian provinces, on the missions in Japan, and in post-Suppression Russia and the United States.

The performing arts, like theatre and music, are broadly treated, and, in addition to continued attention to painting and architecture, the volume contains essays on a range of objets d'art, including statuary, reliquaries, and alter pieces - as well as on gardens, mechanical clocks, and related automata.

Other themes include finances, natural theology, censorship within the Jesuit order, and the Society's relationship to women.

Perhaps most important, the volume gives particular attention to the eighteenth century, the 'age of disasters' for the Jesuits - the negative papal ruling on Chinese Rites, the destruction the of Paraguay Reductions, and the suppressions of the order that began in Portugal and that culminated in the general Suppression of 1773.

Withcontributions from distinguished scholars from a dozen different countries, The Jesuits, II continues in the illustrious tradition of its predecessor to make an important contribution to religious memory. [Språk: Engelska] Inbunden