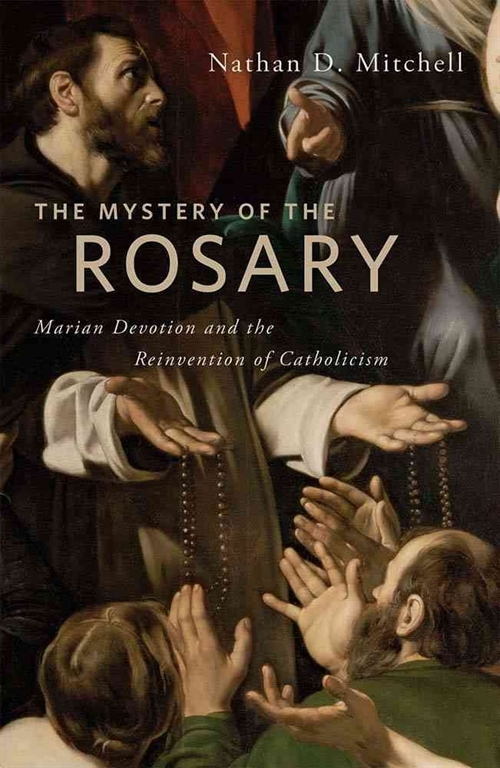 Mystery of the Rosary: Marian Devotion and Reinvention of Catholicism

Ever since its appearance in Europe five centuries ago, the rosary has been a widespread, highly visible devotion among Roman Catholics.

Its popularity has persisted despite centuries of often seismic social upheaval, cultural change, and institutional reform.

In form, the rosary consists of a ritually repeated sequence of prayers accompanied by meditations on episodes in the lives of Christ and Mary.

As a devotional object of round beads strung on cord or wire, the rosary has changed very little since its introduction centuries ago.

Today, the rosary can be found on virtually every continent, and in the hands of hard-line traditionalists as well as progressive Catholics.

It is beloved by popes, professors, protesters, commuters on their way to work, children learning their »first prayers,» and homeless persons seeking shelter and safety.

Why has this particular devotional object been so ubiquitous and resilient, especially in the face of Catholicism's reinvention in the Early Modern, or »Counter-Reformation,» Era?

Nathan D. Mitchell argues in lyric prose that to understand the rosary's adaptability, it is essential to consider the changes Catholicism itself began to experience in the aftermath of the Reformation.

Unlike many other scholars of this period, Mitchell argues that after the Reformation Catholicism actually became more innovative and diversified rather than retrenched and monolithic.

This innovation was especially evident in the sometimes »subversive» visual representations of sacred subjects, such as in the paintings of Caravaggio, and in new ways of perceiving the relation between Catholic devotion and the liturgy's ritual symbols.

The rosary was thus involved not only in how Catholics gave flesh to their faith, but in new ways of constructing their personal and collective identity.

Ultimately, Mitchell employs the history of the rosary, and the concomitant devotion to the Virgin Mary with which it is associated, as a lens through which to better understand early modern Catholic history. [Språk: Engelska] Häftad