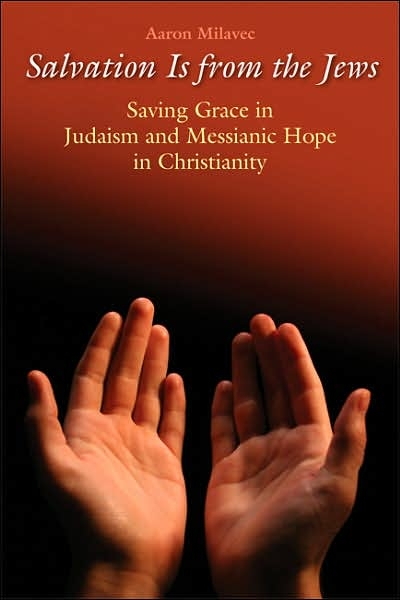 Salvation Is from the Jews: Saving Grace in Judaism and Messianic Hope in Christianity

Growing up in an ethnic suburb in Cleveland, Aaron Milavec was an impressionable adolescent whose religious and cultural influences made it natural for him to »pity, blame, and despise Jews.»

All of that began to change in 1955 when Mr. Martin, a Jewish merchant, hired Milavec as a stock boy.

This, in turn, plunged Milavec into a troubling theological dilemma: »How could God consign Mr. Martin to eternal hellfire due to his ancestral role in the death of Jesus when it was clear that Mr. Martin would not harm me, a Christian, even in small ways?»

This book is not for the fainthearted.

Most Christians imagine that the poison of anti-Judaism has been largely eliminated.

In contrast, Milavec reveals how this poison has gone underground-disfiguring not only the role of Israel in God's plan of salvation but also horribly twisting the faith, the forgiveness, and the salvation that Christians find through Jesus Christ.

This painful realization serves as the necessary first step for our healing.

At each step of the way, Milavec's sure hand builds bridges of mutual understanding that enable both Christians and Jews to cross the chasm of distrust and distortion that has infected both church and synagogue over the centuries.

In the end, Milavec securely brings his readers to that place where Rabbinic Judaism and Christianity can again be admired as sister religions intimately united to one other in God's drama of salvation.