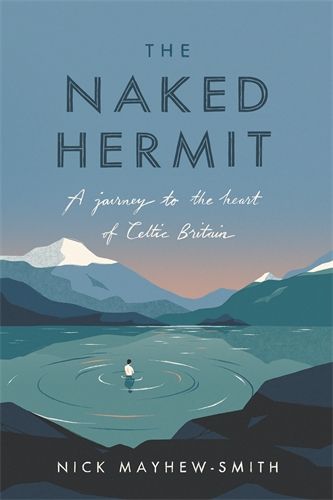 The Naked Hermit A Journey to the Heart of Celtic Britain

Book adaptation of the author's research on Britain's Holiest Places, which was made into a six-part TV series broadcast on BBC 4 in 2013. Keeping lonely vigil in a remote hermit's cave, wading naked into the sea to pray, climbing sacred mountains, sleeping on a deserted holy isle, sheltering under a sacred tree, and even preaching to birds and other wildlife: all these were the work of holy men and women in ancient Britain. A love of creation is at the heart of this religious instinct, which has left its mark on the British landscape in numerous unexpected ways. The world's first nature reserve was set up on Inner Farne Island in the 7th century by St Cuthbert, an instinct to preserve that finds its modern counterpart in the National Trust and our national parks. Even our well-known love of pets finds its earliest expression in the ways of hermits, who would gather wildlife around their dwellings and fend off royal hunting parties. This book will challenge perceptions of our relationship with the landscape, with animals, with the elements and ultimately with the body itself. A guidebook writer and former journalist on the Financial Times, Nick Mayhew-Smith spent five years researching Britain's Holiest Places (Lifestyle Press 2011), which was made into a six-part TV series broadcast on BBC 4 in 2013. Nick was nominated as Writer of the Year in 2012 by BBC Countryfile. Hardback