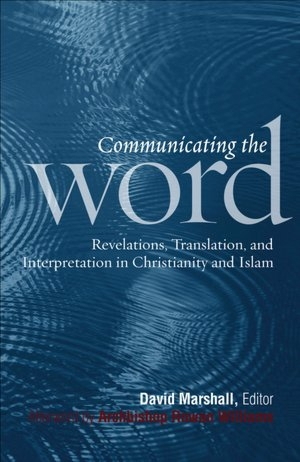 Communicating the Word: Revelation, Translation, and Interpretation in Christianity and Islam

Communicating the Word is a record of the 2008 Building Bridges seminar, an annual dialogue between leading Christian and Muslim scholars convened by the Archbishop of Canterbury.

Featuring the insights of internationally known Christian and Muslim scholars, the essays collected here focus attention on key scriptural texts but also engage with both classical and contemporary Islamic and Christian thought.

Issues addressed include, among others, the different ways in which Christians and Muslims think of their scriptures as the »Word of God,» the possibilities and challenges of translating scripture, and the methods - and conflicts - involved in interpreting scripture in the past and today.

In his concluding reflections, Archbishop Rowan Williams draws attention to a fundamental point emerging from these fascinating contributions: »Islam and Christianity alike give a high valuation to the conviction that God speaks to us. Grasping what that does and does not mean... is challenging theological work.» [Språk: Engelska] Häftad