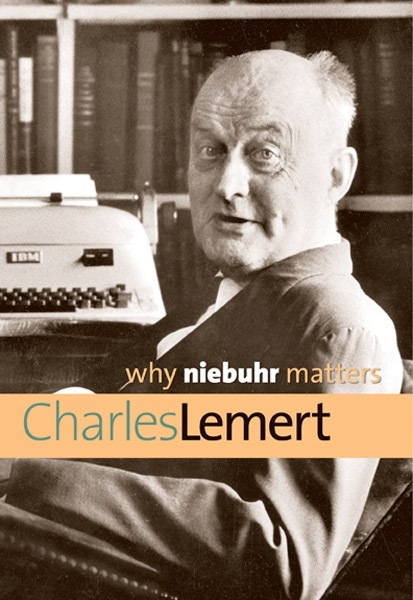 Reinhold Niebuhr (1892–1971) was a Protestant preacher, an influential religious thinker, and an important moral guide in mid-twentieth-century America.

But what does he have to say to us now?

In what way does he inform the thinking of political leaders and commentators from Barack Obama and Madeleine Albright to David Brooks and Walter Russell Mead, all of whom acknowledge his influence?

In this lively overview of Niebuhr's career, Charles Lemert analyzes why interest in Niebuhr is rising and how Niebuhr provides the answers we ache for in the face of seismic shifts in the global order.

In the middle of the twentieth century, having outgrown a theological liberalism, Niebuhr challenged and rethought the nonsocialist Left in American politics.

He developed a political realism that refused to sacrifice ideals to mere pragmatism, or politics to bitterness and greed.

He examined the problem of morality in an immoral society and reimagined the balance between rights and freedom for the individual and social justice for the many.

With brevity and deep insight, Lemert shows how Niebuhr's ideas illuminate our most difficult questions today.

Charles Lemert is University Professor and Andrus Professor of Social Theory Emeritus at Wesleyan University and Senior Fellow of the Center for Comparative Research at Yale University. [Språk: Engelska] Inbunden