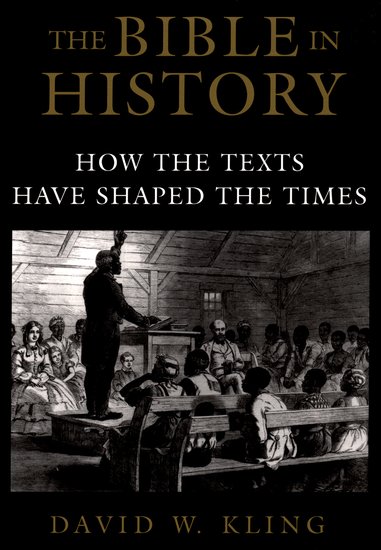 In this book, David Kling traces the fascinating story of how specific biblical texts have at different times emerged to be the inspiration of movements that have changed the course of history.

By examining eight such pivotal texts, Kling elucidates the ways in which sacred texts continue to shape our lives as well as our history.

Among the passages he discusses are:

* »Upon this rock I will build my church» (Matthew 16:18), which inspired the formation of the papacy and has served as its foundation for centuries

* »The righteous will live by faith» (Romans 1:17), which caught the imagination of Martin Luther and sparked the Protestant Reformation

* »Go to Pharaoh and say to him, 'Thus says the Lord: Let my people go, so that they may worship me'» (Exodus 8:1), which has played an important and diverse role in African American history from early slave spirituals through the modern civil rights movement and beyond

* »There is no longer Jew or Greek, there is no longer slave or free, there is no longer male and female; for all of you are one in Christ Jesus» (Galatians 3:28), which has been adopted by feminists as a rallying cry in the battle for women's ordination Each of the historical episodes he explores - from the beginning of Christian monasticism to the emergence of Pentecostalism - is evidence of the dynamic interplay between Scripture and the social and cultural context in which it is interpreted.

Kling's innovative studyof this process shows how sacred texts can give life to social movements, and how powerful social forces can give new meaning to Scripture.