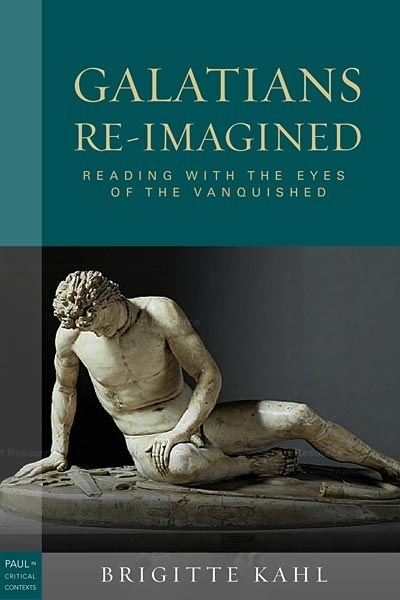 Galatians Re-Imagined: Reading with the Eyes of the Vanquished

Brigitte Kahl brings to this insightful reading of Galatians a deep knowledge of the classical world and especially of Roman imperial ideology.

The first wave of scholarship on the Roman imperial context of Paul's letters raised important questions that only thorough treatments of individual letters can answer.

Kahl sets the letter to the Galatians in the context of Roman perceptions of vanquished peoples as represented in the Great Altar at Pergamum.

Beginning with a perceptive discussion of the Great Altar, Kahl describes imperial representations of Roman power as well as the characteristics officially imputed to conquered peoples, including the »savage» Galatians (Gauls).

Themes of imperial propaganda - order vs. lawlessness, civilization vs. barbarity, harmony vs. anarchy - echo in Paul's letter and highlight the deeper issues at stake in the Galatian crisis.

Paul's struggle is motivated not by Jewish antagonists but by Gentile anxiety about status on a landscape where withdrawal from the civic celebrations of Rome's glory was held in the gravest suspicion.

Kahl offers a dramatic new interpretation of Galatians as an exhortation to stand with the powerless. [Språk: Engelska] Häftad