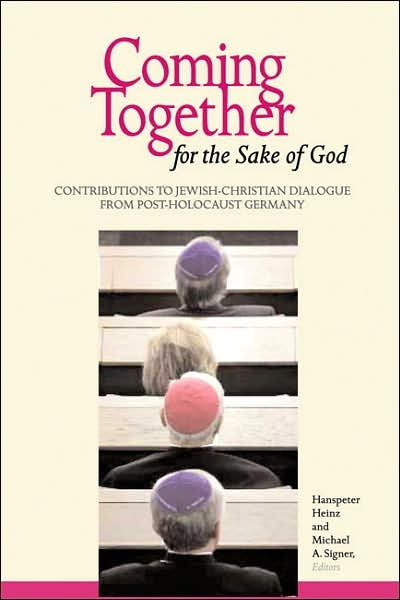 Coming Together for the Sake of God

For more than thirty years the discussion group »Jews and Christians» sponsored by the Central Committee (a federation of groups) of the German Catholic Church, has worked to overcome prejudices and encourage greater understanding between these two great religious faiths.

Currently made up of ten Jewish and sixteen Catholic members, the group has since 1979 sponsored conferences and conventions; revised curricula for religious education; and conducted study tours to Israel, New York, Paris, Hungary, and Poland.

Over the years, the dialogue has produced a number of important position papers and guides, the most significant of which are collected in this book: a 1979 summary of the issues that would be the subject of the dialogue, reflections on the fiftieth anniversary of the Kristallnacht massacre, on Auschwitz, and on the Shoah, a statement on Pius XII and the Jews, a guide to the Holy Land, and a set of reflections on the Catechism of the Catholic Church.

American readers, too often burdened by their own stereotypes about Germans, can benefit by reading these papers and coming to a better understanding of how Jews and Germans are working together to overcome the tragic history that continues to affect the modern world in profound ways, in the Middle East and beyond. [Språk: Engelska] Häftad