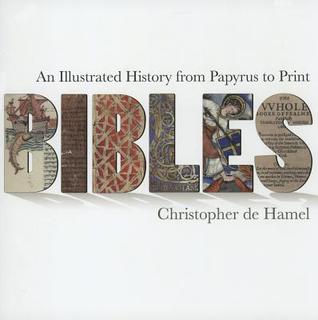 Bibles: An Illustrated History from Papyrus to Print

A unique visual history of the bestselling book of all time, Bibles: An Illustrated History from Papyrus to Print provides a snapshot of the biblical tradition through over fifty rare and important Bibles.

Following a general introduction, the Bibles are presented in chronological chapters giving a short introduction for each period.

Every example, from the oldest biblical fragments dating from c. 200 AD to the lavishly decorated gospels of the fine press tradition in the twentieth-century, is illustrated and accompanied by a caption which explains its particular significance.

Drawing exclusively on Oxford's collection, one of the finest in the world, this book tells the remarkable story of the development of the Bible across media, language, and provenance. Containing many unusual examples, some of which have never been illustrated in print before, it includes many of the great biblical texts of the Eastern and Western tradition, including the Magdalen Papyrus, the Laudian Acts, the Anglo-Saxon Exodus, St Margaret's Gospel-book, the Douce Apocalypse, the Bible Moralisee (MS. Bodley 270b), the Kennicot Bible, the Guttenberg Bible, and the King James Bible.

Published in the year of the 400th anniversary of the King James Bible, Bibles: An Illustrated History from Papyrus to Print brings together an extraordinary range of biblical texts and marks a milestone in the history of one of the most influential and enduring books in the world. [Språk: Engelska] Danskt band