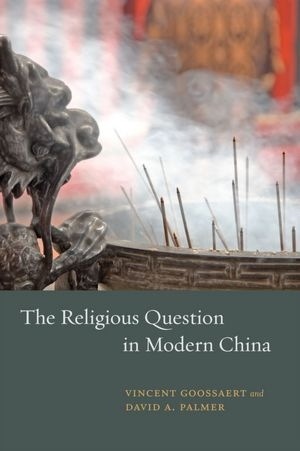 Recent events - from strife in Tibet and the rapid growth of Christianity in China to the spectacular expansion of Chinese Buddhist organizations around the globe - vividly demonstrate that one cannot understand the modern Chinese world without attending closely to the question of religion.

The Religious Question in Modern China highlights parallels and contrasts between historical events, political regimes, and cultural movements to explore how religion has challenged and responded to secular Chinese modernity, from 1898 to the present.

Vincent Goossaert and David A. Palmer piece together the puzzle of religion in China not by looking separately at different religions in different contexts, but by writing a unified story of how religion has shaped, and in turn been shaped by, modern Chinese society.

From Chinese medicine and the martial arts to communal temple cults and revivalist redemptive societies, the authors demonstrate that from the nineteenth century onward, as the Chinese state shifted, the religious landscape consistently resurfaced in a bewildering variety of old and new forms.

The Religious Question in Modern China integrates historical, anthropological, and sociological perspectives in a comprehensive overview of China's religious history that is certain to become an indispensible reference for specialists and students alike. [Språk: Engelska] Häftad