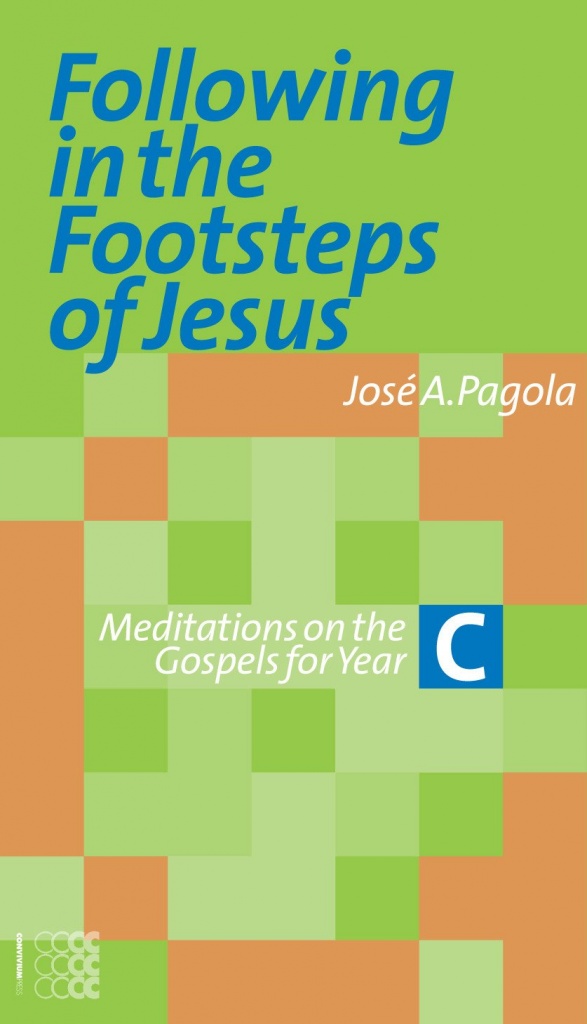 Following in the Footsteps of Jesus: Meditations on the Gospels for Year C

"Following in the Footsteps of Jesus. Meditations on the Gospels for Year C, by Jose A. Pagola is a continuation of the Following in the Footsteps of Jesus Meditations, a part of the “Series Ministeria” of Convivium Press. Using the progression of the Liturgical Year Sundays from Advent through Ordinary Time, the text, translated into English by Fr. Valentine de Souza, SJ situates the activity of Jesus’ followers in the political context of the time. The Lucan narrative is instructive in that it calls for followers to “wake up” and “encourage one another.” Each Sunday begins with a scriptural reference and follows with a reflection. The Appendix contains reflections on two Other Feasts: The Holy Body and Blood of Christ and Assumption of Mary. A very fine resource for individual or small group study".

José Antonio Pagola was born in Spain in 1937. He completed his theological studies in 1962 at the Pontiﬁcal University in Rome and his studies in Sacred Scripture at the Papal Biblical Institute in Rome in 1966. He also studied biblical sciences at the École Biblique in Jerusalem. Pagola is a professor at St. Sebastian Seminary and at the Faculty of Theology of Northern Spain.