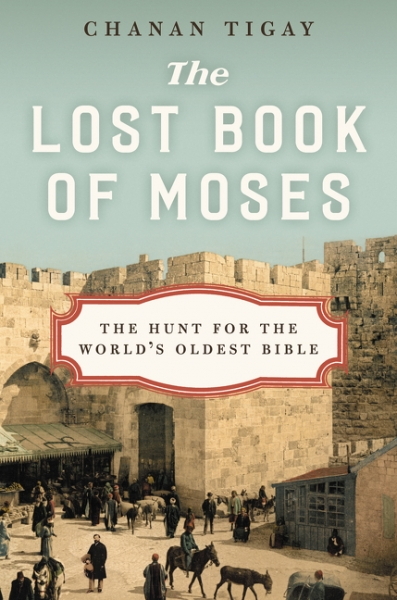 The Lost Book of Moses: Th eHunt for the world´s oldest bible

One man's quest to find the oldest Bible scrolls in the world and uncover the story of the brilliant, doomed antiquarian accused of forging them.

In the summer of 1883, Moses Wilhelm Shapira - archaeological treasure hunter and inveterate social climber - showed up unannounced in London claiming to have discovered the oldest copy of the Bible in the world.

But before the museum could pony up his £1 million asking price for the scrolls - which discovery called into question the divine authorship of the scriptures - Shapira's nemesis, the French archaeologist Charles Clermont-Ganneau, denounced the manuscripts, turning the public against him.

Distraught over this humiliating public rebuke, Shapira fled to the Netherlands and committed suicide.

Then, in 1947 the Dead Sea Scrolls were discovered. Noting the similarities between these and Shapira's scrolls, scholars made efforts to re-examine Shapira's case, but it was too late: the primary piece of evidence, the parchment scrolls themselves had mysteriously vanished.

Tigay, journalist and son of a renowned Biblical scholar, was galvanized by this peculiar story and this indecipherable man, and became determined to find the scrolls.

He sets out on a quest that takes him to Australia, England, Holland, Germany where he meets Shapira's still aggrieved descendants and Jerusalem where Shapira is still referred to in the present tense as a “Naughty boy”.

He wades into museum storerooms, musty English attics, and even the Jordanian gorge where the scrolls were said to have been found all in a tireless effort to uncover the truth about the scrolls and about Shapira, himself.

At once historical drama and modern-day mystery, The Lost Book of Moses explores the nineteenth-century disappearance of Shapira's scrolls and Tigay's globetrotting hunt for the ancient manuscript.

As it follows Tigay's trail to the truth, the book brings to light a flamboyant, romantic, devious, and ultimately tragic personality in a story that vibrates with the suspense of a classic detective tale. [Språk: Engelska] Inbunden