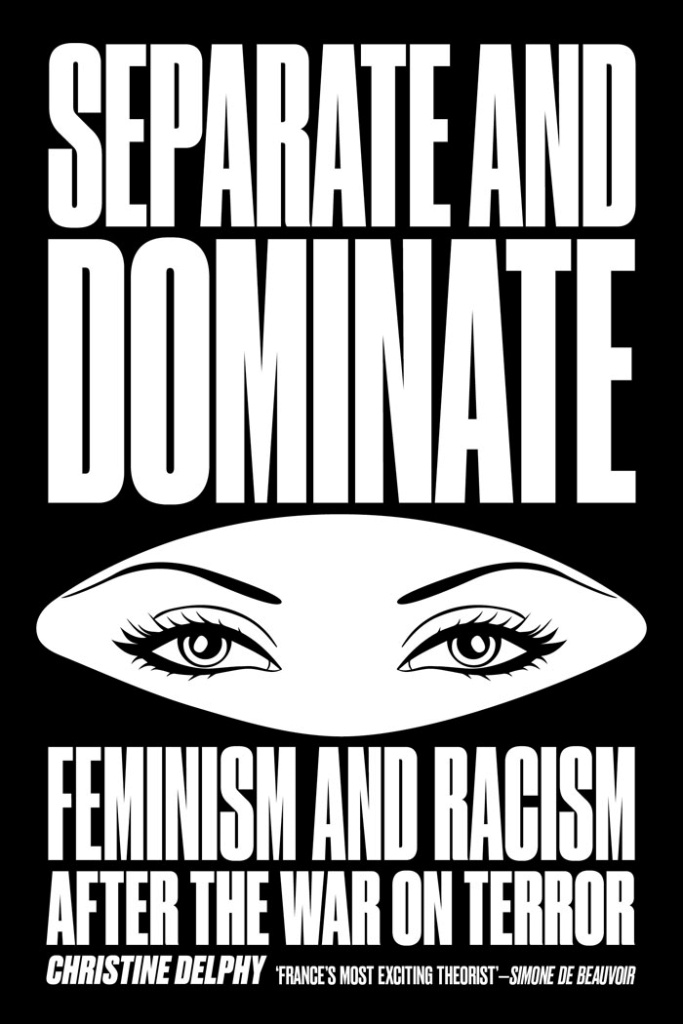 Separate and Dominate: Feminism and Racism after the War on Terror

An examination of how mainstream feminism has been mobilized in support of racist measures...

Feminist Christine Delphy co-founded the journal Nouvelles questions féministes with Simone de Beauvoir in the 1970s and became one of the most influential figures in French feminism.

Today, Delphy remains a prominent and controversial feminist thinker, a rare public voice denouncing the racist motivations of the government's 2011 ban of the Muslim veil.

Castigating humanitarian liberals for demanding the cultural assimilation of the women they are purporting to “save,” Delphy shows how criminalizing Islam in the name of feminism is fundamentally paradoxical.

Separate and Dominate is Delphy's manifesto, lambasting liberal hypocrisy and calling for a fluid understanding of political identity that does not place different political struggles in a false opposition.

She dismantles the absurd claim that Afghanistan was invaded to save women, and that homosexuals and immigrants alike should reserve their self-expression for private settings.

She calls for a true universalism that sacrifices no one at the expense of others.

In the aftermath of the Charlie Hebdo massacre, her arguments appear more prescient and pressing than ever. [Språk: Engelska] Häftad