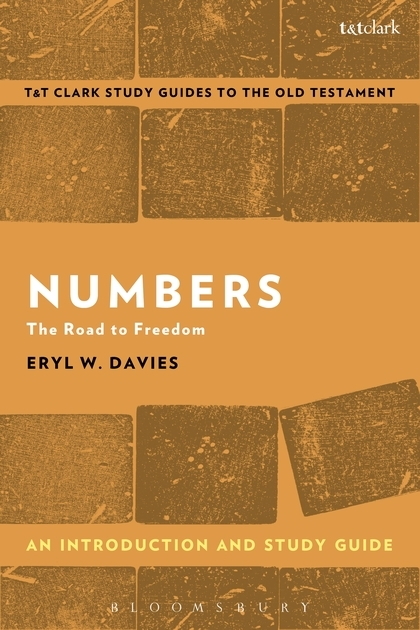 Numbers: The Road to Freedom

Davies outlines the composition and date of Numbers, and the various attempts that have been made to establish a coherent and meaningful structure in its arrangement.

Davies also shows how the application of reader-response criticism, feminist criticism and postcolonial criticism have contributed to our understanding of selected passages in the book.

Addressing theological issues, Davies considers three themes that occupy much of the content of Numbers, namely; land, purity and holiness, and rebellion.

The concluding chapter considers the contentious issue of the historicity of the book of Numbers in the light of recent discussions concerning the historical value of the Old Testament.

Davies shows how some of the issues Numbers raises – war, disease, survival, hunger, race relations – are among the perennial problems faced by nations across the centuries and across cultures.

While individual passages within Numbers may reflect a questionable sense of morality, Davies demonstrates that the book, when viewed in its totality, encompasses a number of important theological themes which recur throughout the Old Testament: the interplay of forgiveness and judgment, and of sin and punishment, and the need to trust in the power of God rather than human might. [Språk: Engelska] Häftad