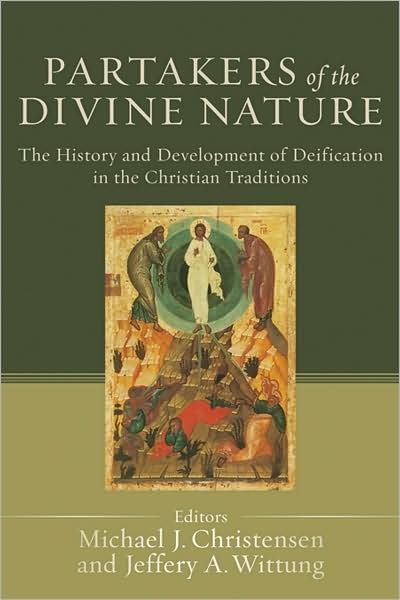 This critical volume focuses on the concept of deification in Christian intellectual history. It draws together Eastern Orthodox, Roman Catholic, and Protestant scholars to introduce and explain the theory of deification as a biblically rooted, central theme in the Christian doctrine of salvation in diverse eras and traditions. The book addresses the origin, development, and function of deification from its precursors in ancient Greek philosophy to its nuanced use in contemporary theological thought. The revival of interest in deification, which has often been seen as heresy in the Protestant West, heralds a return to foundational understandings of salvation in the Christian church before divisions of East and West, Catholic and Protestant. Originally published in hardcover, this book is now available in paperback to a wider readership.

From the Back Cover

»This is a welcome contribution to ecumenical theology! Over the last twenty years the theme of deification has become one of the most significant and fruitful settings of Christian theological dialogue, standing at the nexus between Eastern and Western Christian traditions. But we have lacked--until now--a broad and reliable collection that places the various specialized contributions in perspective and provides a sense of what is at stake. All who are interested in this important topic should begin here!»--Randy L. Maddox, Divinity School, Duke University

»The contributors to this rich and varied volume have reached across the divides of time, place, and culture to explore the deepest hopes and wildest aspirations of Christians in their relationship with God. Historians, students, ecumenists, and the burgeoning company of enthusiasts for spirituality will all enjoy the abundant and provocative feast that is served up here.»--Kathleen McVey, Princeton Theological Seminary

»This groundbreaking, panoramic collection of studies on the theme of deification/theosis is most welcome. These essays clearly demonstrate that the grand and sublime calling of every human being to participate in the very life of God has always been central in Eastern Orthodox Christianity. I believe this finely conceived and well-crafted volume will help significantly to deepen the understanding and appreciation of salvation as deification for all who read it.»--David C. Ford, St. Tikhon's Orthodox Theological Seminary

»This is a timely book that offers a fuller scope and history of the theme of deification than is possible for a single author. This [can] be a basic textbook for general, wide-ranging courses on 'Deification in the Christian traditions.'»--John Behr, St. Vladimir's Orthodox Theological Seminary

»These essays analyze the history of exegesis of major biblical passages that teach that the faithful are becoming 'partakers of the divine nature' (2 Peter 1:4). Protestant historical theologians will find instructive the sections on Luther, Calvin, and Wesley, as compared with the Cappadocians, Ephrem, Maximus, and Anselm, as well as more recent writers such as Bulgakov and Karl Rahner. They establish the persistence and the renewal of interest in this theme in recent research.»--Thomas C. Oden, general editor, Ancient Christian Commentary on Scripture [Språk: Engelska] Häftad