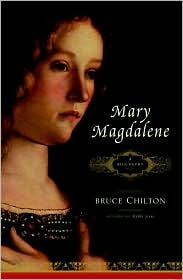 After 2,000 years of flawed history, here at last is a magnificent new biography of Mary Magdalene that draws her out of the shadows of history and restores her to her rightful place of importance in Christianity.

Throughout history, Mary Magdalene has been both revered and reviled, a woman who has taken on many forms-witch, whore, the incarnation of the eternal feminine, the devoted companion (and perhaps even the wife) of Jesus.

In this brilliant new biography, Bruce Chilton, a renowned biblical scholar, offers the first complete and authoritative portrait of this fascinating woman.

Through groundbreaking interpretations of ancient texts, Chilton shows that Mary played a central role in Jesus' ministry and was a seminal figure in the creation of Christianity.

Chilton traces the evolving images of Mary Magdalene and the legends surrounding her.

He explains why, despite her prominence, the Gospels actually say so little about her and why the Catholic Church for thousands of years has sought to marginalize her importance.

In a probing look at the Church's attitudes toward women, he investigates Christian misogyny in the ancient world, including the suppression of women priests who patterned their activities on Mary's; explores the impact of Gnostic ambivalence toward women on its depictions of Mary; and shows that these traditions still influence modern portrayals of her.

Chilton's descriptions of who Mary Magdalene was and what she did challenge the male-dominated history of Christianity familiar to most readers.

Placing Mary within the traditions of Jewish female savants, Chilton presents a visionary figure who was fully immersedin the mystical teachings that shaped Jesus' own teachings and a woman who was a religious master in her own right. [Språk: Engelska] Inbunden