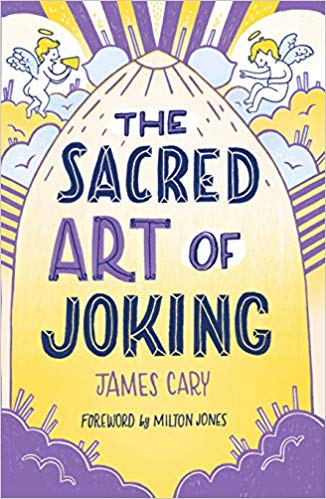 The Sacred Art of Joking

Insight into how comedy works and reveals why it's so easy to get wrong (especially in the realm of religion). Every few weeks a politician, pundit or soap star causes a media storm by making a gaffe or tweeting a joke that some people do not find funny. Comedy is very hard to get right and yet we think it's important to have a sense of humour and not take yourself too seriously. On the other hand, a sense of humour failure can lead to losing your friends, your twitter account, your job, your career and, in some cases, your life. James Cary knows about this. He is a sitcom writer who's written jokes about bomb disposal in Afghanistan (Bluestone 42), defended comments about Islam by Ben Elton on Newsnight, been on a panel with radical Muslim cleric Anjem Choudary, sits on the General Synod of the Church of England and somehow managed to co-write episodes of Miranda. An odd mix, but one that makes him very readable. This entertaining, breezy book, explains how comedy works (with jokes and quotes) and gives much-needed insights into the controversy surrounding humour. James Cary is a BBC sitcom-writer (Miranda, Bluestone 42, Another Case of Milton Jones) and theologian. He's also a member of the General Synod for the Church of England, and has spent a lot of his life watching jokes (some of them his own) go horribly wrong. He runs a touring theatre company and performs. He has just produced a 64-date tour of the UK of a show about Martin Luther and 95 Theses, called A Monk's Tale, which ran for two weeks at the Edinburgh Fringe. There are very likely to be future, perhaps even bigger, tours in 2018-9. James is married, with two children and lives in Somerset. Paperback / softback