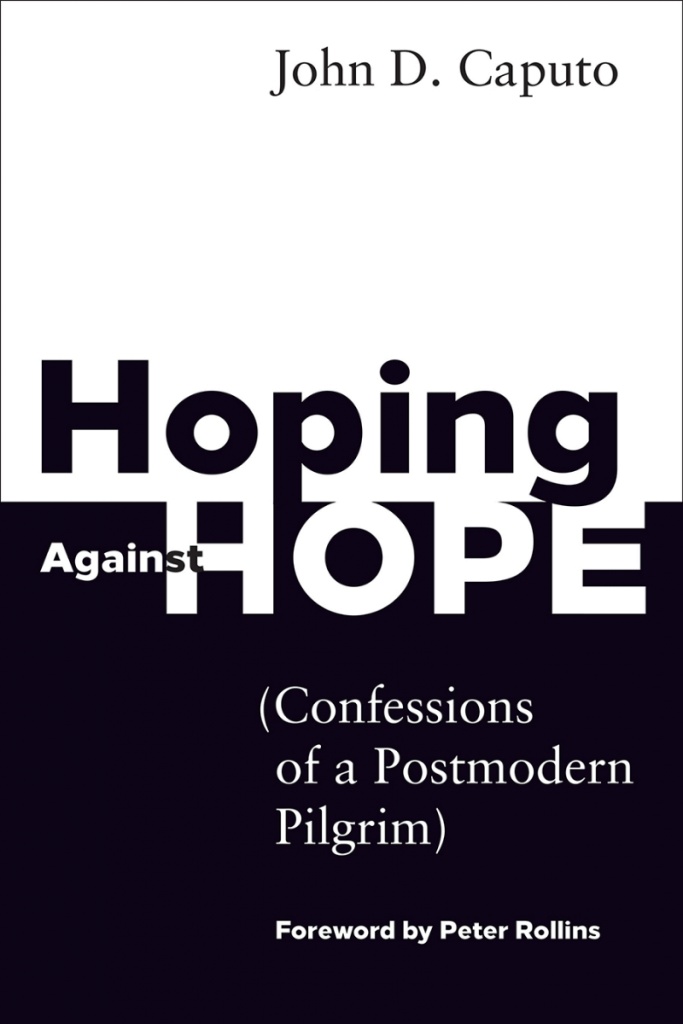 Hoping Against Hope: Confessions of a Postmodern Pilgrim

John D. Caputo has a long career as one of the preeminent postmodern philosophers in America.

The author of such books as Radical Hermeneutics, The Prayers and Tears of Jacques Derrida, and The Weakness of God, Caputo now reflects on his spiritual journey from a Catholic altar boy in 1950s Philadelphia to a philosopher after the death of God.

Part spiritual autobiography, part homily on what he calls the “nihilism of grace,” Hoping Against Hope calls believers and nonbelievers alike to participate in the “praxis of the kingdom of God,” which Caputo says we must pursue “without why.”

Caputo's conversation partners in this volume include Lyotard, Derrida, and Hegel, but also earlier versions of himself: Jackie, a young altar boy, and Brother Paul, a novice in a religious order.

Caputo traces his own journey from faith through skepticism to hope after the “death of God.”

In the end, Caputo doesn't want to do away with religion; he wants to redeem religion and to reinvent religion for a postmodern time. [Språk: Engelska] Häftad