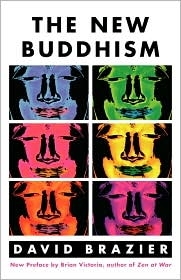 A manifesto for a more active, compassionate, and socially engaged Buddhism, The New Buddhism asserts that Buddha was a radical critic of society, and that his vision of a new social order transcended racial and economic divisions.

He distinguishes between »extinction Buddhism» and »liberation Buddhism» - the former seeks to release the individual from the world, while the latter seeks to perfect the world by freeing it from the forces of greed, hatred, and delusion.

David Brazier is the author of The Feeling Buddha and Zen Therapy.

A registered psychotherapist who lives in London, Brazier is spiritual teacher to the Order of Amida Buddha, a religious community dedicated to socially engaged Buddhism. [Språk: Engelska] Häftad