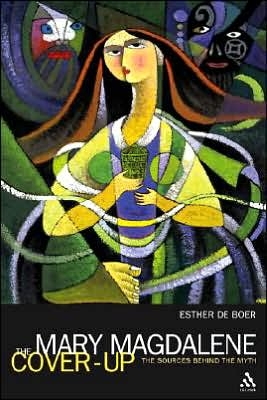 Mary Magdalene has always been the subject of both popular and scholarly intrigue. Was she the wife of Jesus, his complete initiate, a Goddess or a priestess? Did the Church dramatically alter her image to deny her importance?

These questions have inspired representations of her in art, film and literature, from Caravaggio to The Last Temptation of Christ and The Da Vinci Code.

The Mary Magdalene Cover-Up is the first book to bring the original sources that have informed our current day view of Mary to a wider audience.

Esther de Boer has brought together an impressive array of texts from the first century, when Mary Magdalene was alive, to the sixth century, when her image as a penitent sinner was invented.

Each text is accompanied by an informed and lively commentary by the author placing it in its historical context.

This combination of original texts and commentary enables the reader to draw their own conclusions about this most enigmatic of first-century women. [Språk: Engelska] Häftad