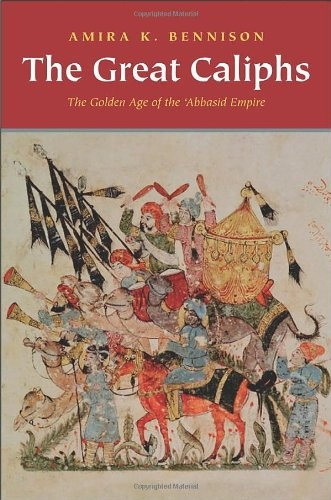 Great Caliphs: The Golden Age of the ’Abbasid Empire

In this accessibly written history, Amira K. Bennison contradicts the common assumption that Islam somehow interrupted the smooth flow of Western civilization from its Graeco-Roman origins to its more recent European and American manifestations.

Instead, she places Islamic civilization in the longer trajectory of Mediterranean civilizations and sees the 'Abbasid Empire (750–1258 CE) as the inheritor and interpreter of Graeco-Roman traditions.

At its zenith the 'Abbasid caliphate stretched over the entire Middle East and part of North Africa, and influenced Islamic regimes as far west as Spain.

Bennison's examination of the politics, society, and culture of the 'Abbasid period presents a picture of a society that nurtured many of the »civilized» values that Western civilization claims to represent, albeit in different premodern forms: from urban planning and international trade networks to religious pluralism and academic research.

Bennison's argument counters the common Western view of Muslim culture as alien and offers a new perspective on the relationship between Western and Islamic cultures. [Språk: Engelska] Häftad