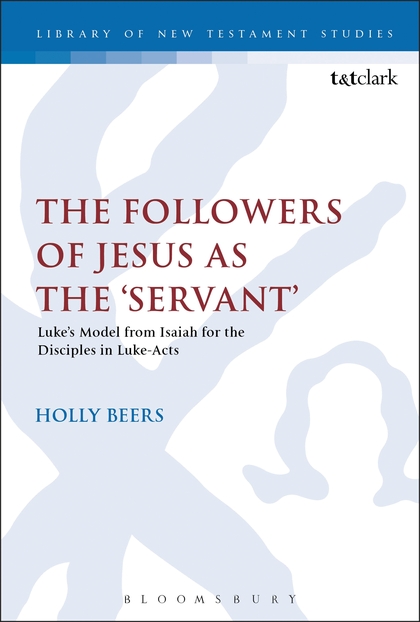 The Followers of Jesus as the ’Servant’

The servant connection is at times explicit, as Jesus is identified with the servant in Luke 4:18-19 (quoting Isa 61:1-2 [with 58:6]); Luke 22:37 (citing Isa 53:12); and Acts 8:32-33 (Isa 53:7-8). Regarding the disciples, Isa 49:6 is quoted by Paul in Acts 13:47 in reference to himself and Barnabas, though a focus only on quotations is too limiting. Allusions to servant passages abound. This work argues that Luke sees Jesus fulfilling the servant role in an ultimate sense, but that his followers, modelled after him in Acts, also embody it. This can be seen in Luke's use of Isaianic servant imagery, including suffering, lack of violent response (to unjust treatment) and language in the disciples' characterization.