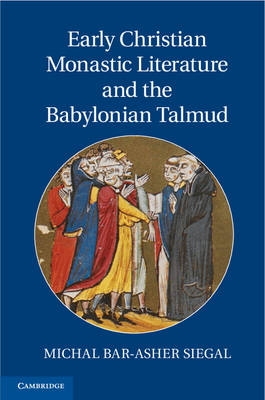 Examines literary analogies in Christian and Jewish sources, culminating in an in-depth analysis of connections between Christian monastic texts and Babylonian Talmudic traditions.

This book examines literary analogies in Christian and Jewish sources, culminating in an in-depth analysis of striking parallels and connections between Christian monastic texts (the Apophthegmata Patrum or 'The Sayings of the Desert Fathers') and Babylonian Talmudic traditions.

The importance of the monastic movement in the Persian Empire, during the time of the composition and redaction of the Babylonian Talmud, fostered a literary connection between the two religious populations. The shared literary elements in the literatures of these two elite religious communities sheds new light on the surprisingly inclusive nature of the Talmudic corpora and on the non-polemical nature of elite Jewish-Christian literary relations in late antique Persia. [Språk: Engelska] Häftad